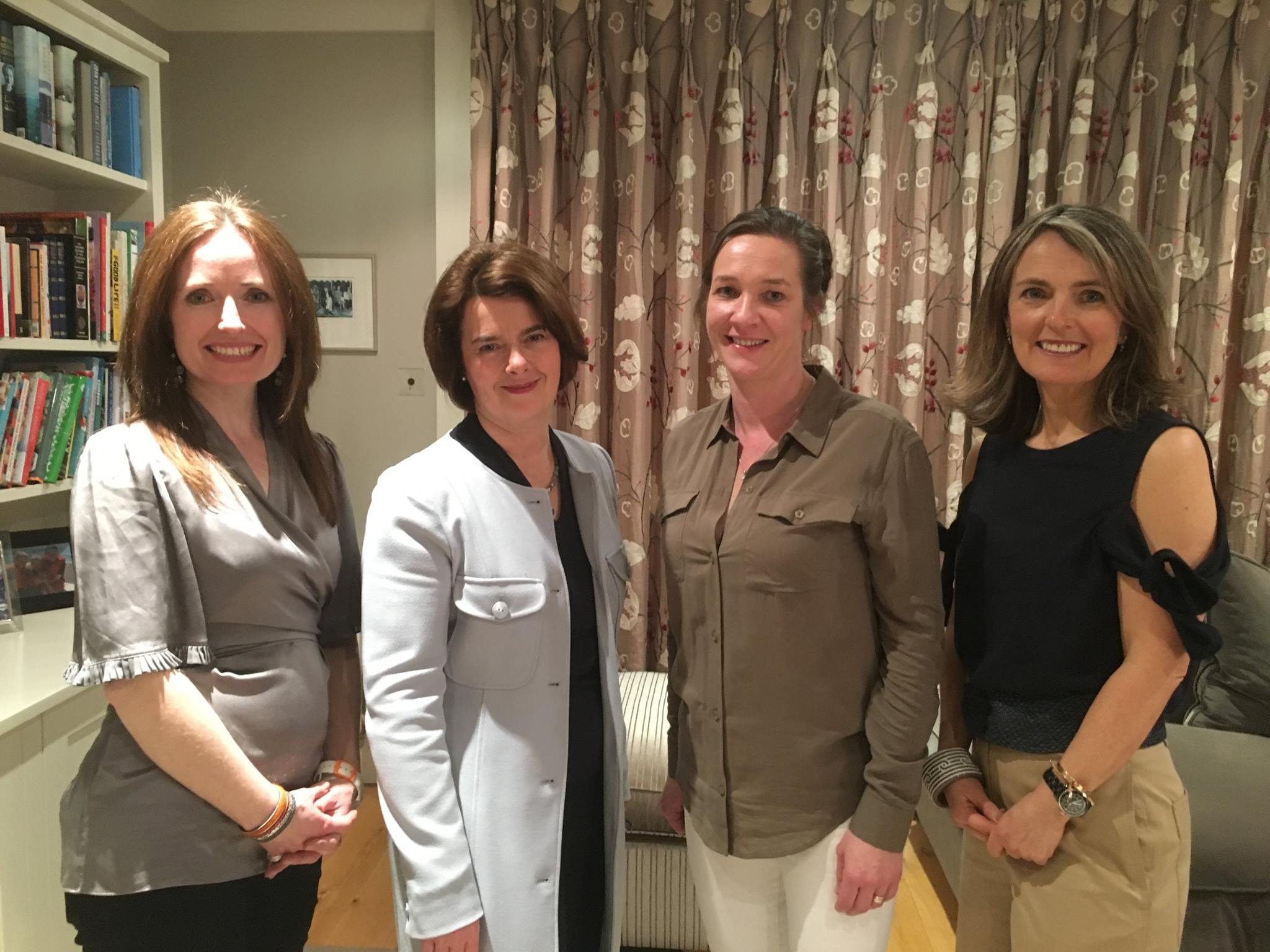 We would like to thank Laura Lewis, our outgoing Chair of the board of trustees enormously for her incredible hard work and dedication over the last seven years. Laura played an instrumental role in the formation of Home-Start Wandsworth and her expertise in fundraising and developing the strategy saw it grow from just an idea to an integral part of the Wandsworth community. While she was Chair she raised over £425,000 including a five-year grant from BIG Lottery.

She also created and grew our most profitable event of the year, the annual Home-Start Wandsworth quiz. Since the quiz nights started they have raised over £57,000 in funds.

Laura is currently a magistrate covering the South West London area and will continue as a trustee for Home-Start Wandsworth to raise funds and organise the quiz. Our new chair, Maria Kinsella, took the Home-Start Wandsworth training course in 2010 as part of the second group of volunteers and has supported five families since. She joined the board of trustees in 2016 and in April this year was appointed chair of the board of trustees.

Maria moved to Wandsworth from Glasgow 25 years ago and lives here with her husband and three children who are starting to fly the nest. She previously worked in HR for a number of different companies and after the birth of her eldest son has been involved with a number of charities and her son’s schools. She brings a great deal of knowledge, not just in how to help manage charities, but first- hand experience in supporting local families in need.

Maria will work closely with our newly appointed vice chair, Holly Stilgoe. Holly also trained as a home-visiting volunteer in 2013 and became a trustee in 2015. She used to work locally as a criminal defence solicitor and has extensive experience of volunteering. She also volunteers with Little Village, one of Home-Start Wandsworth’s local charity partners. Her work as a Home-Start Wandsworth trustee has included helping organise numerous fundraising events including our very popular annual carol service and she writes many of our grant applications. As the vice chair she will continue with this work as well as helping Maria as chair of the board. She lives in Wandsworth and has three children at primary school.