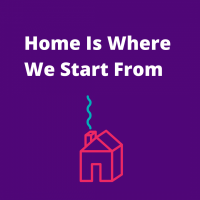 The report was commissioned by Home-Start UK to measure the impact of the Covid-19 pandemic on parents of young children and heard from over 1,200 Home-Start families.

Findings of the report revealed that families are facing unprecedented challenges, with the pandemic acting both as a magnifier of existing disadvantage, as well tipping more people, who were just about managing before, into poverty.

As many as 1.1m additional people – including 200,000 children – were estimated to have fallen below the poverty line by the end of 2020, bringing the total number of children living in poverty to 4.5m, an overall 5% increase on pre-pandemic figures. [i]

As well as families being swept into poverty for the first time, there has also been an impact on those already struggling, with around a quarter of babies and toddlers experiencing poverty found to now be living 50% below the poverty line.[ii]

The report shows the value of compassionate, non-judgemental, volunteer support for parents in lessening feelings of loneliness and social isolation. 77% of families said it mattered that the support they received was from a volunteer instead of a professional. For some families contact from their Home-Start volunteer constituted the only meaningful conversation they had from week to week during the pandemic.

“For many families, the daily grind of worries about putting food on the table, heating the house and providing basic items for their children have been their primary concern, and those worries won’t go away.

“What happens next must reflect the impact of the pandemic, and use the groundswell of awareness around struggling families to bring about change. There is not just a moral imperative for this but an economic one too. Investment in early years has been shown time and again to be a wise use of public funds, saving future spending by avoiding costs to the public purse that arise from poorer life outcomes. Making a difference for families makes a difference for society.”

[ii] ‘It Takes a Village- how to make all childhoods matter’ March 2021. Little Village